In September 2006 I met a big dream and started my foreign year in Japan. Ten years, it's been so long. I still miss Japan, even though I was very often homesick during that time. And yet I have experienced so many great moments and seen so much that I can only recommend to anyone to fly to Japan once.

Since I have so many impressions and anecdotes to report, I will certainly write two or three or more reports on it. Let's see how long they'll be, I don't want to commit myself. Unfortunately I didn't have a really good digital camera at the time. And those that I bought, I'd be taking a mispurchase today. So, unfortunately, there are only mediocre to less great pictures. I hope you still enjoy my contributions!

So let's start with the real reason why I went to Japan. I wanted to study there. My study Course "East Asian Studies" also included a semester at a Japanese university. I decided to go to the Dokkyo Daigaku in Soka, just north of Tokyo, because my internship was going to Toyohashi. So I could at least see something from Tokyo.

Soka is a small town in Saitama Prefecture, north of Tokyo. With a little over 27 square kilometres of land and not quite 250,000 inhabitants, Soka can almost be described as a village, at least as far as daily life is concerned. There are a few supermarkets and restaurants, but a really real shopping street, as I knew it until then from Germany, for example there was not. In comparison, Mülheim an der Ruhr, my hometown, has about 91 square kilometers of land but only about 170,000 inhabitants. But a shopping street and even the Rhein-Ruhr-Zentrum. In Soka there were at least 10 years ago a lot of farm gardens where fruit and vegetables were grown. A small red light mile with two or three bars was also available at the station, but we as foreigners were not the target group and were greeted friendly.
Soka is famous for Soka-Senbei (roasted rice crackers) and supposedly also a training facility for yakuza.

The student dormitory was actually not a dormitory, but a house where several apartments were rented for foreign students. We were two in one apartment.

The apartments were very western furnished, only the washing machine and the cooker differed significantly from what we were accustomed to. The washing machines in Japan mostly only wash with cold water. Moreover, our filthy was that we had to let them disinfect by the landlord. Until then, we just washed up with fellow students.
The stove was a gas stove. Until then I had only cooked, or even watched, when camping with gas. But it was actually quite pleasant, you just had to keep the right pots.

In the room there was a work desk, a couple of cupboards and a bed. Pretty small and Spartan and I mean it would have cost 400 or €500, but I don't know anymore.  Internet was not available, we always tapped foreign WLAN. Otherwise we wouldn't have been able to make a phone call with the family. Since there was only a few reception in the rooms, we mostly sat outside on the stairs and with the family Skyping. Although I also regularly surfed from our dining room thanks to a very adventurous construction (see photo).

One of the apartments on our floor was inhabited by a Japanese. Somehow we had the impression that he had to be a yakuza member. Someone would have spotted bullet holes in the wall (presumably there were screws or nails in there) and an evening there was a brawl in the hallway, including a blood pool the next morning. We girls (in all the other four apartments lived only girls) have crept into our rooms and waited for us. No one wanted to call the police, not that we still had trouble with the neighbor. Luckily it was a unique experience and the neighbours always greeted us very friendly.

Sometimes we could even see the Fuji from our house, although it was a few hundred kilometers away.

The university was now not really different from other universities, a big block of school rooms. Since we were a little over 10 Germans and a Chinese, the Japanese was not very overworked on the one side and not overly effective on the other, because we mostly spoke only German. In addition, I have visited a literature course from time to time, but since the days were already long enough, I was only very irregular there as a guest. Instruction was (if I remember right) from 9am to 12pm and then again from 13 to 4 pm. The afternoons were quite exhausting. Learning Kanji, learning vocabulary, reading texts, doing homework, then you want to see something from the country and people and also go to Tokyo in the afternoon.

The textbooks have remained in cruel memory. The lyrics were really very abstruse. One was about a seriously ill boy, whose greatest wish was to eat bananas once. So his big brother was looking for a side job and worked so long until he could finally buy bananas. When he gave it to his brother, he died the same night without eating a single banana. The other texts were not quite so bad, but also not really much better. Presumably they were written in the 1950s by someone who was already 80 years old, otherwise you cannot explain what was in the book…

Now the report has become quite long. I hope the pictures please you despite the not so good quality. If you want to know how it went on in Japan and what I have seen and experienced, then just subscribe to my blog!

Which one of you was in Japan? Can you imagine going there once? What are your impressions of Soka? 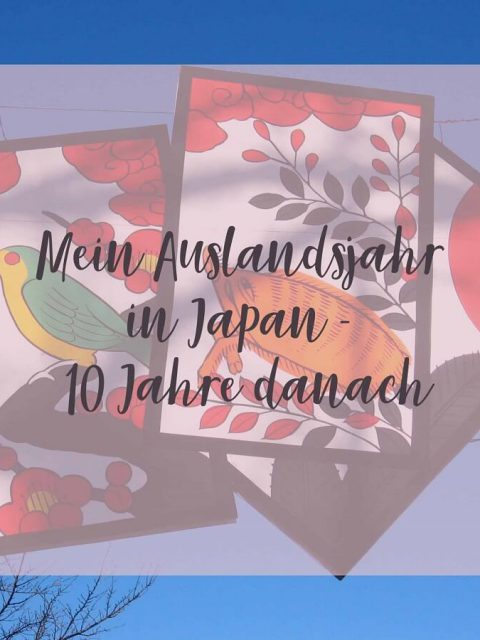