Motorworld cars and Coffee in Böblingen

On the 3rd July there was another major event in Böblingen organized by Motorworld, the cars & coffee. Drivers of sports cars, super sports cars and oldtimers from near and far as well as lots of car lovers and Carspotter have met and looked at each other's cars. Since my friend and I are both lovers faster and sporty cars, he unfortunately was not able to sleep this Sunday but had to get up at 8:30 and ride with me to the meeting. He was so tired that he had no great desire and would have preferred to stay in bed, but I won this time! At 9:30 we were comfortable and we enjoyed the nice weather with our convertible.

The trip through Stuttgart was even halfway relaxed. Anyone who knows Stuttgart knows that there is always a jam in the week and there are 100 speed cameras. At least there was no traffic jam. We have not tested whether the speed cameras work, but we prefer to spend the money on gasoline. ;)

There was still ample space in the parking lot. Sure, the Cars & Coffee meeting officially started at 10 o'clock, at 10:10 we were there. The first pictures were taken on the highway. On the bridge and the entire road from the exit to the Motorworld stood the first Carspotter. Not quite harmless, because they were also in the curve. For us as newbies at the meeting a very unexpected sight, but I found it really cool! Unfortunately I haven't found any pictures of our car on the net, so from the outside while we both sit in there would be nice one to have…

The meeting in itself was very relaxed, we looked at the other cars and made many beautiful pictures. Now my friend is already dreaming of his next car (well, I gebs, me too!), but what we would like (Lambo, Viper, or even nen McLaren) are not in. And also not in the next time, unless I make a lottery ticket and win in the Eurojackpott at least 10 m; Illionen Euro. Then I'll buy 10 new cars or something. And a huge garage for you. Hey, let me, you'll probably still be dreaming!!!

I think the absolute highlight at the meeting was the Aufgemotze Fiat 500. He was so awesome when he was driving, nobody was interested in the Lambos and Ferraris who just arrived. I would have taken that too!

All in all, the meeting was really nice, we saw a lot and had a lot of fun. But unfortunately it was very impersonal, since it was extremely crowded. So far I was only on a GT/GT86 meeting and that was a lot more pleasant, because you have really entertained. Nevertheless, it is worth it hinzuegehn to look at all the great cars in Natura, which you usually only know from pictures or from television. At the next cars & coffee We will be there again!

How do you like the cars? If the money didn't matter, what would you buy for one? 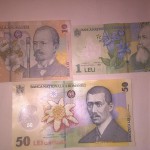 Next
Tanja's LIFE in a Box